What is economics anyway? 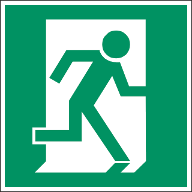 I'm sure many folks are like I used to be, that is, a huge groan, internal or otherwise, accompanied by a desire to rush for the door whenever the word economics is mentioned. We think back to that awful course in school, we think of charts, of numbers, of theories, of jargon and then we think of what's for dinner, the plans for the weekend, the upcoming kidz soccer tournament and then "Economics? What economics? Pass the popcorn." But, as we'll see from some of the masters as well as this site as a whole, economics is so much more, economics actually can be kinda cool, honestly! Since it's certainly something that we live and participate in every single day, economics does not have to be difficult to understand, at least the very basics, basics enough to allow the average Joe/Josephine to make sound choices throughout all aspects of their respective lives.

Let's lay some ground work from Ludwig von Mises. Popular thinking defines economics along the line of the standard dictionary definition: a social science concerned chiefly with description and analysis of the production, distribution, and consumption of goods and services (Merriam-Webster). Mises however took a different viewpoint, one that adds the human element and thus changes the definition to better reflect our reality. We couldn't have the dictionary definition without the human element in the first place. I've stuck together a few quotes from a couple different writings here, but I think they fit together nicely and do not alter the original intent in any way (emphasis mine): 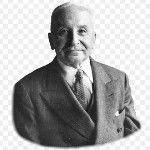 Economics is not about goods and services; it is about human choice and action. Economics must not be relegated to classrooms and statistical offices and must not be left to esoteric circles. It is the philosophy of human life and action and concerns everybody and everything. It is the pith of civilization and of man’s human existence. The main achievement of economics is that it has provided a theory of peaceful human cooperation. This is why the harbingers of violent conflict have branded it as a “dismal science” and why this age of wars, civil wars, and destruction has no use for it. As conditions are today, nothing can be more important to every intelligent man than economics. His own fate and that of his progeny is at stake. Whether we like it or not, it is a fact that economics cannot remain an esoteric branch of knowledge accessible only to small groups of scholars and specialists. Economics deals with society’s fundamental problems; it concerns everyone and belongs to all. It is the main and proper study of every citizen 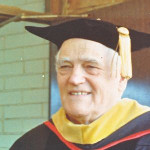 This branch of economic thinking is not a new one with its beginnings dating back to the fifteenth century. Cherry picking from Mises Institute (emphasis mine)

The story of the Austrian School begins in the fifteenth century, when the followers of St. Thomas Aquinas, writing and teaching at the University of Salamanca in Spain, sought to explain the full range of human action and social organization.

These Late Scholastics observed the existence of economic law, inexorable forces of cause and effect that operate very much as other natural laws. Over the course of several generations, they discovered and explained the laws of supply and demand, the cause of inflation, the operation of foreign exchange rates, and the subjective nature of economic value, all reasons Joseph Schumpeter celebrated them as the first real economists.

The Late Scholastics were advocates of property rights and the freedom to contract and trade. They celebrated the contribution of business to society, while doggedly opposing taxes, price controls, and regulations that inhibited enterprise. As moral theologians, they urged governments to obey ethical strictures against theft and murder. And they lived up to Ludwig von Mises's rule: the first job of an economist is to tell governments what they cannot do.

What is Austrian Economics? | Mises Institute
The Austrian School of economics is a school of economic thought that derives its name from its Austrian founders and early supporters, including Carl Menger, Eugen von Böhm-Bawerk and Ludwig von Mises.

Other significant Austrian writers and economists include Murray Rothbard, Nobel Laureate Friedrich Hayek and journalist Henry Hazlitt. Current research is produced by, among many others, scholars from the Ludwig von Mises Institute, and "Austrian" economists can now come from any part of the world. They are identified with the School through their shared views on the nature of economic science and its proper methodology.

The school emphasizes the spontaneous organizing power of the price mechanism and holds that the complexity of subjective human choices makes mathematical modelling of the evolving market practically impossible. Its scholars eschew what they consider "naïve" and pointless mathematical modelling of the economy, considering much of mainstream economics a form of economic charlatanism.[1][2] Its proponents tend to emphasize the organic, subjective and evolving nature of market dynamics, advocating the strong protection of private property rights and the strict enforcement of voluntary contractual agreements between economic agents as the best way of facilitating economic exchange, and generally advocate a laissez-faire approach to the economy, arguing that the smallest imposition of coercive force (especially government-imposed force) on commercial transactions is the most effective way to secure long-run economic stability and well-being.

In particular, they voice serious concerns about the distorting and damaging effects of government involvement in commerce, arguing that few government regulations in this area are necessary or desirable and often trigger a "ratchet effect" as problems associated with existing regulations are often blamed on the free market, thereby justifying further damaging, coercive incursions into the market. They are particularly critical of long-standing governmental incursions into the area of private money production, advocating instead the immediate abolition of all coercive legal tender laws and the return to full reserve - or free - banking, where the financial system is decentralized and not dominated or controlled by coercive monopoly government or a monopoly central bank.


The key points to take away:

A wee bit of caution here:

It is no crime to be ignorant of economics, which is, after all, a specialized discipline and one that most people consider to be a ‘dismal science.’ But it is totally irresponsible to have a loud and vociferous opinion on economic subjects while remaining in this state of ignorance.

Matthew McCaffrey makes this point in reference to the above quote:

I think the reason these lines prove so popular is because they neatly summarize a problem that’s unique to economics. That is, economics is the most-discussed, but least-studied field of human inquiry. In fact, people often build their opinions about economic ideas and policies on a knowledge base so small it would seem bizarre in any other discipline.

For instance, if we were to select people at random on the street and ask them to debate recent advances in particle physics, the conversation would likely be limited, if indeed the subjects knew what to discuss at all. Yet we could bet with equal certainty that almost any such randomly selected person would have strong views on socialized medicine, the minimum wage, or gun control.

Other things equal, when friends meet for a drink, or families sit down to dinner, it’s unlikely they’ll discuss physics, chemistry, geology, or phenomenology. The reason is simple: many people know little about these subjects, and have little interest in exploring them. Most importantly though, we’re all generally happy to admit it if we lack such specialized knowledge, as it doesn’t usually play a vital role in our lives (again, assuming we’re not specialists).

But economics is different. Almost everyone discusses and debates economic problems, or public policies that carry profound economic implications. Because it’s grounded in human action and choice, economics is universally relatable, and therefore each individual tends to feel as if he has some relevant personal experience and knowledge through which to interpret economic events.

In other words, while making individual 'economic' decisions is something we do everyday, it's critical to include a big picture view, a big picture understanding, before forming solid opinions and arguments on the topic of economics, perhaps not forming an opinion at all until more is known.

Austrian Economics is also the subject/target of a fair amount of criticism from economists, universities and those who just like their $0.02 thrown in, the perpetual criticizer. What I have noticed however is a large portion of this criticism is name calling, labelling and simple dismissal without any follow up reasoning and logical explanations for their stance. I've read it being called a cult, a bunch of cranks, and so on. Simple name calling is for children.

Knowledge is a structure upon which we build ourselves and our societies, a structure that constantly needs inspecting, a structure that sometimes needs repair via ideas removed and updated ones put into their place. Going through life, we should be taking in all the ideas we possibly can, discard those which prove themselves to be false, unsustainable, etc and keep those that hold up to scrutiny and logic. At this point in time I see Austrian Economics as part of the latter group in a pretty solid way, but I'm always open to logical critique and debate.