[Note: edited for brevity (deletion only, text intact) from its original form]

Murray Rothbard was born March 2, 1926, the son of David and Rae Rothbard. He was a brilliant student even as a young child; and his academic record at Columbia University, where he majored in mathematics and economics, was stellar. As he deepened his understanding of laissez-faire economics, he confronted a dilemma. The arguments for market provision of goods and services applied across the board. If so, should not even protection and defense be offered on the market rather than supplied by a coercive monopoly? Rothbard realized that he would either have to abandon laissez-faire or embrace individualist anarchy.

The choice, arrived at in the winter of 1949, was not difficult.

Rothbard soon attracted the attention of the William Volker Fund, the main group that supported classical liberal scholars in the 1950s and early 1960s. He began a project to write a textbook to explain Human Action in a fashion suitable for college students; a sample chapter he wrote on money and credit won Mises’s approval. As Rothbard continued his work, he transformed the project. The result, Man, Economy, and State (1962), was a central work of Austrian economics.

Rothbard was entirely in accord with Mises’s endeavor to deduce the whole of economics from the axiom of action, combined with a few subsidiary postulates. In much more detail than Mises had done, he carried out the deduction; and in the process, he contributed major theoretical innovations to praxeology. 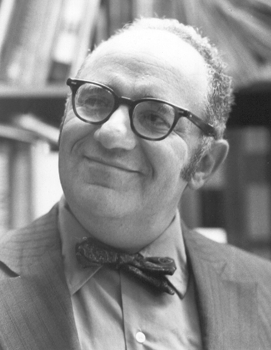 Rothbard devoted close attention to monetary theory. Here he emphasized the virtues of the classical gold standard and supported 100% reserve banking. This system, he held, would prevent the credit expansion that, according to the Austrian theory of the business cycle developed by Mises and Friedrich Hayek, led to inevitable depression. He summarized his views for the general public in the often-reprinted pamphlet What Has Government Done to Our Money? (1964) and also wrote a textbook, The Mystery of Banking (1983).

Rothbard showed the illumination that Austrian theory could bring to economic history in America’s Great Depression (1963). Far from being a proof of the failures of unregulated capitalism, the 1929 Depression illustrates rather the dangers of government interference with the economy. The economic collapse came as a necessary correction to the artificial boom induced by the Federal Reserve System’s monetary expansion during the 1920s. The attempts by the government to “cure” the downturn served only to make matters worse.

For Rothbard, banking policy was a key to American economic history. Like Michelet, he believed that history is a resurrection of the flesh; and his discussions are no dry-as-dust presentations of statistics. He was always concerned to identify the particular actors and interests behind historical decisions. The struggle between the competing Morgan and Rockefeller banking circles figures again and again in his articles in this field, collected in his A History of Money and Banking in the United States (1999).

Rothbard ranged far beyond economics in his historical work. In a four-volume series, Conceived in Liberty (1975-1979), he presented a detailed account of American colonial history that stressed the libertarian antecedents of the American Revolution. As usual, he challenged mainstream opinion. He had little use for New England Puritanism, and the virtues and military leadership of George Washington did not impress him. For Rothbard, the Articles of Confederation were not an overly weak arrangement that needed to be replaced by the more centrally focused Constitution. Quite the contrary, the Articles themselves allowed too much central control. 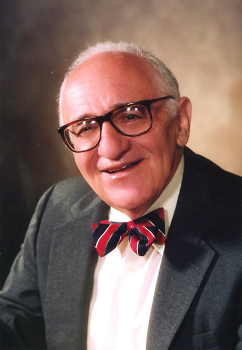 Although Rothbard usually found himself in close agreement with Mises, in one area he maintained that Mises was mistaken. Mises contended that ethical judgments were subjective: ultimate ends are not subject to rational assessment. Rothbard dissented, maintaining that an objective ethics could be founded on the requirements of human nature. His approach, based on his study of Aristotelian and Thomist philosophy, is presented in his major work The Ethics of Liberty (1982), his major study of political philosophy.

In his comments on current events, Rothbard displayed an amazing ability to digest vast quantities of information on whatever subject interested him. Whether, e.g., the question was competing factions in Afghanistan or the sources of investment in oil in the Middle East, he would always have the relevant data at his command.

Rothbard was closely associated with the Ludwig von Mises Institute from its founding in 1982 by Llewellyn H. Rockwell, Jr. This organization became the main vehicle for the promotion of his ideas, and he served as its Academic Vice-President.

He taught at Brooklyn Polytechnic Institute from the mid 1960s to the mid 1980s; from 1986 to his death on January 7, 1995, he was S.J. Hall Distinguished Professor of Economics at the University of Nevada, Las Vegas.

The “indispensable framework” for the life and work of this creative genius and polymath was his beloved wife, JoAnn Rothbard.

His combination of scholarly achievement and engaged advocacy on behalf of freedom is unmatched.