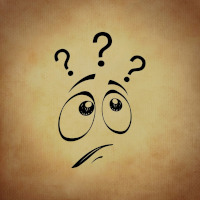 Without a doubt this is the part that holds the most confusion for folks. For the most part people are under the impression that money is created by government, the central bank or a combination of the two. These two groups do create money, about 20% of the national total in Canada's case, but the vast majority is created by commercial banks when consumers, businesses and governments take out loans. Yes, you read that right: aside from the very minimal reserve requirements, banks do not loan out other people's deposits as is the commonly held belief, but rather they create it out of thin air, to be paid back with interest! This means that the majority of our money is created as a debt. Ludicrous! Further, only the principle is created, not the interest. Where exactly is the interest supposed to come from? This then means that we are forever in a state of beholden debt to the banking system: if all loan principle were paid back, the interest would still be outstanding but there would be no money left in the system to pay it! You can bet your bottom dollar that this was by design and not some unforeseen consequence: an elementary school kid could see this coming.

Check out the great presentation The Creature from Jekyll Island for further deets, particularly the formation of the Federal Reserve system in the US which laid the groundwork for the majority of (central) banking today.
"The study of money, above all other fields in economics, is one in which complexity is used to disguise truth or to evade truth, not to reveal it. The process by which banks create money is so simple the mind is repelled." ~ John Kenneth Galbraith , 'Money: Whence it came, where it went' (1975).


Let's break this all down a bit further.

Gold and silver mining, refining and production are the only real true ways to create money in the civilization we current know, that is, what we know about the species human.

This is not however how our monetary system currently operates. Yes, the above does occur, but in terms of ranking, it's barely top 5 in today's system. Essentially there are four ways in which money is created and introduced into our current system:

about 5% of our money, which varies by country, is created in the form of paper and coins. In the case of Canada, this is the Bank of Canada producing via the Royal Canadian Mint.


Governments can make money here on the difference between the raw material cost of creating the currency vs the value of the currency itself. This differential is known a Seigniorage:Bank of Canada - Annual Report 2018

"Seigniorage varies according to prevailing interest rates and the value of notes outstanding, but has ranged from $1.4 to $2.0 billion annually over recent years. After deducting the Bank’s general operating expenses of about $446 million (of which spending on bank notes is approximately 48 per cent), the remainder is paid to the Receiver General for Canada."

the government will issue bonds which are in turn purchased by a central bank or a banking system. In exchange for these bonds, the purchasing bank will create money out of thin air via keyboard keystrokes and lend this newly created money back to the government with interest. The government in turn will spend this money and it heads out into circulation. Are you beginning to see the foolishness of this system, creating money as debt, with interest? The central banking advocates sure did, that's why the entire system is such a well kept secret.

The Bank of Canada helps the Government of Canada to borrow money by holding
auctions throughout the year at which new federal securities
(bonds and treasury bills) are sold to government securities distributors,
such as banks, brokers and investment dealers. However, the Bank of Canada
itself typically purchases 20% of newly issued bonds and a sufficient amount
of treasury bills to meet the Bank's needs at the time of each auction.

Both private commercial banks and the Bank of Canada create money by
extending loans to the Government of Canada and, in the case of private
commercial banks, lending to the general public.

another method is when a consumer goes to a bank for a loan. The bank will create this money out of thin air by typing on a keyboard. This method results in money being created and destroyed all the time. We have another name for this: counterfeiting. Counterfeiting will get you thrown in jail but not a bank. Nice eh?

credit cards, in a manner similar to #3.

A) the vast majority of our money is created needlessly as debt
B) only the principal is ever created, never the interest. Where is the money going to come from to pay back the interest if the interest is never created in the first place? What happens if every loan was paid back? There would be no money in the system and the interest will still be outstanding!!

Now, if only a small one time processing fee was charged for these transactions, flat simple interest charged and banks only loaned out money equal to the amount they had on deposit (in "hard" assets ie: a metal that has perceived value such as gold, silver, not just more paper or electronic credits), the system might work OK. Over time a functioning system will reveal itself assuming no further "outside interference".

I heard a designer speak during a radio broadcast talking about the importance of design and something he said that stuck with me fits here (paraphrased and the example assumes new facility to make the point):

"to build an accepted & used college/university "foot power transportation pathway system", open the facility for a year or so and then simply put a good surface on all the hardest worn pathways that have created as a result of the natural movement(s) of the students during this time."

Humans have an excellent capacity for creation and innovation. There is absolutely no reason why we cannot have a fully functioning monetary system that has a rock solid base and will innovate and grow over time through the natural mechanics of human behaviour.

With any luck, we'll innovate ourselves right out of the money business altogether, but one step at a time :-)

Unfortunately for us, this is not the case at the moment and it's here that the trouble begins . . .