You’ll be on your own during the Age of Chaos. 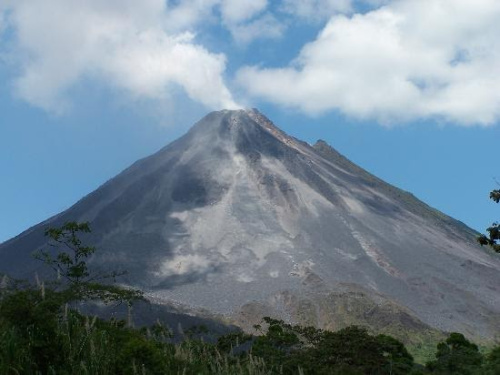 Once upon a time there was a village right next to a volcano. The villagers spent much of their time watching the volcano, which perpetually sputtered, smoked, and fumed. When they first awakened, they’d look up to it. At night they’d watch its lava glow against the dark sky. A special class of villagers instructed them on how to interpret the volcano and how they must live their lives to propitiate it.

Turn on the news and chances are the story concerns the special class. History books are mostly chronicles of the special class—their wars, machinations, depredations, follies, all-too-rare wisdom, monuments to themselves, and the invasions and revolutions that occasionally upend them. It goes far beyond propaganda or brainwashing, it is simply an ingrained fixation, accepted by virtually everyone, that attention must always be on the special class and its volcano—government.

We look up to the special class and their governments and ignore that which will render them irrelevant details—the tectonic shifts below. They perpetuate the illusion of control and many of the subjugated want to believe, but the illusion has always given way to failure and irrelevancy and always will.

A society can be likened to an organism. Its members are individual cells. Organisms survive not because one group of cells in the brain directs the rest. Rather, there is constant interaction and communications among cells, much of which bypasses the brain. This optimizes the odds of the organism’s survival. You put your hand on a hot stove, information is communicated from your skin and its nerves to the peripheral nervous system, not the brain, and the message almost instantly comes back: take your hand off the stove. If cells could only respond to directives from the relatively slow brain, the organism would die within minutes. Similarly, the illusion that huge masses of people can be controlled by a small group from the top only guarantees the eventual end of that small group’s control (the historical failure rate of governments is 100 percent) and perhaps the entire society (yes, entire societies do fail).

There is no place where the illusion is stronger than China. Its citizens are encouraged, exhorted, prodded, monitored, coerced, incarcerated, and occasionally executed by the government. Apparently most of them approve of this state of affairs. However, states are neither omniscient nor omnipotent just because the rulers say and the ruled believe they are. Divorced from reality, this misconception can only redound to the detriment of both rulers and ruled.

Perhaps to prove that God has a sense of humor, albeit occasionally a black one, a virulent and deadly virus has effloresced in the heart of this supposedly controlled land and other than support the scientific response, the Chinese government hasn’t been able to do a damn thing about it. Its origins are unclear, but the virus has escaped China and only time will tell how far it spreads and how many people it sickens or kills. You can read both apocalyptic and nothing-to-fear scenarios on the Internet and SLL has posted both.

The CoVid-19 coronavirus ushers in the new decade and beyond: large, ostensibly wealthy and powerful governments, defeated by aggregations of comparatively minuscule units that collectively work tectonic shifts. Another virus has broken out in China that’s received nowhere near the coverage of the coronavirus. A viral epidemic of souring debt threatens to overwhelm the Chinese financial system and spread beyond China’s borders.

Tacitly recognizing that it can’t stop this epidemic, only administer triage and palliative measures, the Chinese government no longer backstops all significant debt via financial and accounting hocus-pocus. One yuan is a slip of paper or a computer entry, trillions of them due and payable have overwhelmed the system. Companies and individuals are defaulting and going bankrupt; creditors are taking losses. It’s not supposed to happen in this harmonious and just showcase of socialism with capitalist characteristics (Or is it capitalism with socialist characteristics?) but there you have it.

The CoVid-19 and debt viruses reinforce each other in unhealthy ways, as China shuts down production to quarantine its citizens. The all-knowing, all-powerful government is left with a damned if it does, damned if it doesn’t choice: prematurely restart its economy and fuel the epidemic or quarantine everyone and watch the economy and financial markets tank. Bureaucrats and politicians propose, entropy disposes. The more you try to control, the less you end up controlling. There’s a certain justice to it.

In modern governance, there is no more minuscule unit than the individual, so minuscule that it’s completely ignored. Propaganda pays homage to democracy—aggregated individuals—but democracy is mob rule, the wolves deciding which sheep are today’s lunch. The trick has always been to give the sheep the illusion of choice while they’re fleeced and herded to the slaughterhouse.

Even that illusion is breaking down as individuals keep making unapproved choices, although they are still mostly within the noxious confines of mainstream politics. Trump wasn’t deposed. Brexit is happening. The Yellow Vests continue their protests. Matteo Salvini is the most popular man in Italy. Angela Merkel’s reign is fading in Germany. Democratic officialdom is apoplectic at the possibility that Bernie Sanders might win the nomination, coalescing around a corrupt child groper who appears to be suffering from dementia.

Sanders is an avowed proponent of socialist control just as the Age of Control gives way to the Age of Chaos. His supporters, mostly detached from the humdrum details of their own survival, would be in for a rude awakening should he be elected—they can actually “control” very little.  They may well be confronted with an uncontrollable guerrilla insurrection from those slated to provide for their survival.

No institution is more wedded to control than the military, but guerrilla insurrection against imperial empires and would-be conquerors is in a long bull market that started just after World War II and shows no signs of topping. Indeed, it appears to be gathering steam. The US military hasn’t won a meaningful war since World War II. It’s a sign of the corruption and evil of our time that perpetual chaos and devastation have become the ends of war, for the nefarious power and profit it confers on those who wage it. They labor under the oxymoronic delusion of controlled chaos.

“Uncontrolled” chaos induces panic, nowhere more so than among the controllers. That panic is palpable, and has been since SLL posted “Desperation” a month before Trump was inaugurated. They cling to the belief, shared by some in the alternative media, that if they can just control what’s called the narrative, they’ll be able to control events at home and abroad.

The controllers have co-opted the mainstream media, academia, think tanks, Wall Street and big business, Hollywood, and professional sports. Respect for all these institutions has tanked. Millions of people have simply tuned the controllers and their acolytes out. Viewership of the emblematic Academy Awards hit a recent low in the US this year, 23.6 million, which means that over 300 million didn’t watch Hollywood’s self-congratulatory bromides and hectoring lectures. Viewership of any one network’s nightly news rarely reaches 10 million, and daily readership of the big mainstream press organs, both print and internet, is rarely above 5 million. How do you control a narrative if nobody’s paying attention to it?

The narrative is one thing, reality another. Russiagate was a narrative that failed, and so too was Ukrainegate (the number of American people that took either “scandal” seriously never got much above 1 percent). The Chinese government controls narratives, but Chinese people are getting sick and Chinese companies are going broke. “Don’t fight the Fed, the Fed has your back” was the narrative right up until the stock market plunged just after making all-time highs. Seems that short of closing markets, nobody can control millions of shareholders screaming “Get me out!”

The special class has never been able to wholly suppress individual conscience. In every age there are those who insist on telling the truth, regardless of the risks. They’re often signing their own death warrants, but they tell the truth. The honor roll for our age includes Katherine Gün (I recommend Official Secrets, now available on download), Chelsea Manning, Edward Snowden, Julian Assange, and Craig Murray, who has reported on Assange’s kangaroo extradition proceeding and told the truth for those who care to learn it (see craigmurray.org.uk. As the special class sinks further and further into its own morass of lies, truth tellers and the truth itself will loom ever larger as a threat.

The ground is rumbling but it is a mere harbinger of the full-blown Age of Chaos earthquake. The special class clings to narrative management and rule by fraud and force, dreaming its dreams of ruling the entire globe. Murder is the ultimate control—corpses offer no resistance—and they’re quite willing to destroy the world to rule it. Humanity’s last, best hope is that the earthquake hits full force and the Age of Chaos arrives before the special class can fully implement its homicidal designs.

You can keep your eyes fixed on the special class and their volcano. You can hope that quarantines, travel bans, closing public venues, face masks and disinfectants will protect you from the Covid-19 coronavirus. You can pray that central bank fiat debt, bailouts, and government economic management will save financial markets and the economy. You can believe that all this talk of rising discontent, secession, and insurrection is just talk and nothing will come of it. You can close your eyes, plug your ears, and try to inoculate yourself against truth and reality, all the while screaming for somebody to do something.

Or you can prepare for the Age of Chaos. Your fate means less than nothing to the special class and its interests are antithetical to yours. It would rather kill than save you—you and yours are on your own. Accept that reality and you have a chance. It’s not quite as daunting as it might seem—there are many people out there of similar mind. If the special class doesn’t kill us all, the Age of Chaos may ultimately offer an opportunity —for those who want to do so and understand what’s required—to live in freedom, peace, and prosperity.

Is The ‘Second Wave’ Another Coronavirus Hoax?

We Have Become Karen Nation

The Propaganda of Terror and Fear: A Lesson from Recent History