Preface: I write this as a view of the status quo only and not an endorsement of the system itself. I also write this from the context that the reality we're presented with is as it appears and without hidden agendas and motives. I state this as I don't for a second believe it. For example: the actions of an individual may appear and be media presented to the public as incompetence but behind the scenes the individual is being handsomely paid as a fall gal/guy to help forward another agenda. To not accept the possibility of this type of human behaviour simply because it's wrapped in the governmental cloak is once again reminiscent of the long necked O bird with head inserted.

Obligatory preachy part: my view of our world does not include a government group; I actually view them as parasitic criminals for the most part. I no longer vote as the very act of casting a vote is an endorsement of this corrupt system. The reality is, voting is only that: system endorsement. Evidenced by the very actions of scores of politicians over the decades, it is clear that the recipients of those votes care very little about who cast them and why. Staying employed at the public trough is the name of the game. Of course further up the societal food chain we find most politicians all managed by the same handlers anyway . . . 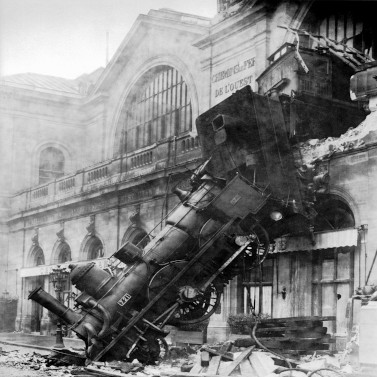 How not to run a railroad

For better or worse, we currently live in a world that contains government. This consensual system puts small groups of individual humans in authority over the population at large. Looking back throughout history, actions and decisions emanating from this group have resulted in blatant rights infringement, hardship and death being inflicted upon this same population over and over and over and at scales that almost defy comprehension. To make matters more acute, this has been going on for centuries. It is absolutely astounding then that any society claiming to be a democracy, republic, et al tolerates anything less than an as close to perfect election system as is humanly possible with the only true wildcard being chance happenstance, a natural disaster for example.

I don't have the time nor the desire to figure out how many elections have been run in the last 100 years in countries that have 'em but I would wager it's more than one. I mean seriously, from a political/societal point of view, there are few systems and actual events that get as much workout as the election process. WhyTF then is any of this voting anomaly happy crappy allowed to occur? There is no wiggle room here: to be sure perfection does not exist, at least as far as humans are concerned, so there will never be a perfect election process and subsequent execution of same, but there is no excuse for not absolutely insisting that perfection is the goalpost being aimed at. Clearly this was not the case with US2020 but a quick hangout on your favourite search engine will reward with many instances of election mechanics muckery and screwups pretty much globally.

This rail rant is not about types of elections, 'first past the post', 'ranked ballot' and so on, that is a different but equally important discussion. What I'm talking about here are the mechanics, the execution of an election process, the policies and procedures. I'm also going to pick on the US as it's a fresh example but again, it's all across the (country) board. Last general point: given the inarguable importance of election integrity, money is no excuse, especially in a country that allows its government to spend amounts closing in on a trillion dollars a year on so called 'defense'.


…and this is a mere surface scratch…

[aside: using covid and all that has been done, all that has transpired as the example backdrop, why do such headlines exist:

"Ontario's Doug Ford says he relies on COVID-19 experts, but his government won't identify them - Bureaucrat-heavy coronavirus Command Table raises questions about where science is coming from"

This is not a questionable matter: from whatever day one is day one, this list should have been easily available public information. Further, more than a list, a complete bio on each and every individual involved in decision/policy making as well as those who are responsible for outcome(s). Again, no wiggle room, this is a prerequisite and if the sitting clown club du jour is unwilling to do so, they are gone, immediately, simple as that.

One possible reason for this reluctance: it would set a precedent that could (read: should already) extend to the politwits themselves. Unfortunately for them, this would also expose the fact that most of them aren't qualified for the position they occupy. Their jobs might be at risk and/or they might be embarrassed which for some is worse than job risk thereby becoming a powerful motivator. A great example of the first point, unqualified, is current education minister Stephen Lecce although a solid argument could be made that the majority of caucus is unqualified for their positions. Finally: note how the article author (not surprising I suppose as it's from the CBC) capitalizes 'Command Table' presumably to convey some credence and authority by assigning it title status…pfft, whatevs

Interesting and telling that govt is for the people, by the people but only at election time or if they need to manufacture an excuse for their behaviour. The rest of the time: do as I say, not as I do. It's like being in an abusive relationship just on a large scale.

A big picture analogy: anything govt group related, elections included, is akin to playing a board game where your opponent has not only made all the rules but they then change those rules to suit themselves as the game progresses…tough to win ain't it?

Why the fawk would we ever want to play it in the first place?