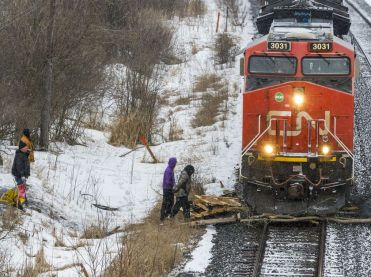 Our civilization is under mega stress these days with no signs of stability any time soon, the exact opposite actually. IMHO there is no hyperbole in saying that we're facing one on a limited list of historical TSN turning points. Canadians have often taken a (slightly smug?) standoffish approach to unfolding global events but we do so at our own peril; the "it doesn't affect me" mantra has been shattered. For example, I don't think North Americans fully appreciate how interconnected our consumer goods supply lines are but we're going to find out the hard way very soon. Government interventionism has created a very cheap source for money which has contributed to vastly over populated supply chains. As COVID-19 continues to throttle products entering these chains, excess inventories are drying up and even if a "cure" were found today, the impact of the last few months will still be felt hard.

Closer to home, Canada has a host of issues of its own to deal with. The one I'd like to look at this morning is the ongoing pipeline issue with the Wet’suwet’en Nation and the supportive protests and blockades all across the country. Interestingly, this is actually an easy one to solve but because of government action past and present, the problem is much larger than it needs to be.

As we look for solutions to social problems as they arise, it's critical to remember, we can't change the past, only the present which hopefully allows us to create a better future.

This is obviously a completely untenable way to structure our world and environment but that's exactly what we allow government to do, propagate and promote.

2) The rail protests/blockades AKA protesting on private property, easy peasy: while many of us can sympathize with the points being made by these protesters, the fact of the matter is these blockades are on private property and the owners, CN in this case, have every right to have them removed. Further, from a libertarian perspective, these protesters could be held liable for restitution not only to CN but any individuals and businesses that have been negatively impacted by their actions.

3) The pipeline itself which started all of this. A bit of history provides the solution: the Wet’suwet’en Nation are one group of indigenous humans that were living in North America before the Europeans arrived. In later years, The Indian Act, 1876 to be specific, was an act of the government of the day to impose its will on the indigenous lands and peoples. This same act also created the "Band Chief", many of whom support the pipeline. These chiefs however are not recognized by the Hereditary Chiefs which is their absolute right to do so since they were here first. Further, they have every right to completely disregard the Indian Act in its entirety which the Wet’suwet’en do. The bottom line then is this is an issue for the Wet’suwet’en Nation to decide in whatever manner they choose. Currently they are rejecting access to their land for the pipeline and that MUST be respected. Unless a solution can be arrived at through any means deemed fit by the Wet’suwet’en, then the pipeline must go around, end of discussion.

Humans have this highly annoying habit of making proclamations, opinions and judgments when they have no skin in the game. Looking at pipelines and the transportation of fossil fuels in general, although there are many successes to be sure, the failures tend to be enough to border on often and the results of same almost always inflict massive long lasting damage to the environment where they occur. If this pipeline were to go through and experience a failure, how many Canadians are directly affected? Statistically insignificant and yet we'll demand that it's allowed to proceed.

One last point: circling back to the Indian Act, here is an example that the rest of us can relate to. In the not so distant past, hardliner Muslims made a great hue and cry that they wanted to impose Sharia law on Muslims Toronto. Well, the residents of Toronto went ballistic with grand declarations "not in my backyard" or "this is my country, go home" and so on.

When compared to what is happening now, sure does reek of "Do as I say, not as I do!" ironically directed at the very folks who were here first . . .


What the Wet'suwet'en People Really Think

When pipeline companies want to build on Indigenous lands, with whom do they consult? | CBC News