The Story of Us - Part One

Part One - Foundation by Observation 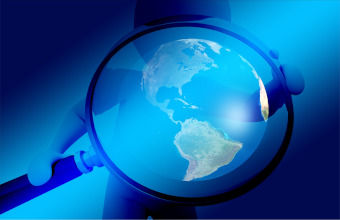 Looking around our observable world, we see a myriad of different creatures, different environments, different resources, etc. In among all of this nature is humanity. When we view ourselves from a distance, it appears that for the most part we are all more or less the same. Zooming in however, we can see this is not really the case. Aside from conjoined twins, each human is an individual standalone unit. Indeed, while we are made up of much of the same material: stardust of course, cells, bone, skin and so on, that is where the 'everyone is the same' stops. Zooming in further, we see different types of cells for example and when organized in the different ways that they are, we get different results. Look further: bones are longer on some, shorter on another. Muscle mass is different. Voices sound different. Eye colours are different, nose sizes are different, skin colour and complexion are different. Even among these similar skin colour groupings we see further differences, tones of skin colour for example, and so on.

A feature of the human (among other species) is the 'two piece makeup' of the entities, that is, there is a body, both container and machine, and there is a brain, the operator. As far as humans go, there is more than just intelligence and potential for learning here, we also have, emotion, reasoning and personality, perhaps others. Additionally, the human container/machine as has many 'autonomous reaction components' best described by example, I'll use touching a hot stove element or flame here: if we had to wait for transmission of heat input from finger to brain, make a decision and then wait for that decision to be transmitted back to the finger, well, that finger is going to have a pretty nasty blister at the very least. Instead, our bodies reaction almost instantaneously to the heat input and pull that finger out of the heat source.

Finally, we have no observable or factual evidence to indicate that any one human has right or elevation over any other human, unless granted voluntarily by the subjugated.

There is a caveat on this pointing regarding 'voluntary slavery'

The distinction between a man's alienable labor service and his inalienable will may be further explained: a man can alienate his labor service, but he cannot sell the capitalized future value of that service. In short, he cannot, in nature, sell himself into slavery and have this sale enforced — for this would mean that his future will over his own person was being surrendered in advance. In short, a man can naturally expend his labor currently for someone else's benefit, but he cannot transfer himself, even if he wished, into another man's permanent capital good. For he cannot rid himself of his own will, which may change in future years and repudiate the current arrangement. The concept of "voluntary slavery" is indeed a contradictory one, for so long as a laborer remains totally subservient to his master's will voluntarily, he is not yet a slave since his submission is voluntary; whereas, if he later changed his mind and the master enforced his slavery by violence, the slavery would not then be voluntary.

The Ethics of Liberty

As to the last observation, followers of the christian doctrine might argue against it on the following for example, from Romans 13:1, New King James quoted here:

Let every soul be subject to the governing authorities. For there is no authority except from God, and the authorities that exist are appointed by God.

This is however a non starter:
While many of the characters described in the bible and other religious texts did indeed exist, there is no solid evidence of a supreme being which leaves religion as a belief system only and it must be treated as such.

Examining the passage further: we have yet to find or see a perfect human and it's very unlikely that we ever will. If there was, then the entire notion of sin would be moot; how can a perfect human sin? This in turn would render the entire supreme being doctrine as moot also: how much more supreme can we go from perfect and what sin would we need a 'supremer' being to save us from?

It is not logical or reasonable to unilaterally appoint a group of individuals who are flawed to rule over others: what happens when their actions/decisions cause harm, which they invariably will since they are not perfect? What happens when their actions/decisions cause hardship? Pain? Suffering? Death? (what about thou shalt not kill?) Are we expected to turn then to a so called caring supreme being who caused this suffering in the first place by commanding that humans subjugate themselves to other imperfect humans? What a nice vicious little circle. No, this potential argument does not stand nor would any others along this line of thinking. As an aside: we can historically see the horrifying results of this idea being used to justify the concept of
the divine right of kings The divine right of kings:
divine right, or God's mandate is a political and religious doctrine of royal and political legitimacy. It asserts that a monarch is subject to no earthly authority, deriving the right to rule directly from the will of God. The king is thus not subject to the will of his people, the aristocracy, or any other estate of the realm.

(wikipedia.org)
, itself an invalid premise for the same reasons.

What solid conclusion(s) can we draw from these observations then?
1) Aside from the aforementioned exception of conjoin, humans are created/built/born as separate physical entities.

2) While humans are made of the same basic building blocks, when put together, the combination(s) of these materials produce entities that share similarities, sometimes a great deal of them, but ultimately are unique with unique personalities, thought processes, etc. In this conclusion's simplest form, Lego is a great example of the concept. Assuming one each of every Lego piece created, how many different physical and unique entities can we build with these same basic building blocks? There is room for some discussion surrounding twins, however, given the context here, the volume of twins on our planet is statistically insignificant at this point.

3) Each individual is the sole owner of their unique body and person: we are all equal insofar as

4) Since each human is the sole owner of their body & person and since we are all equal insofar as we are of the species human, no other human then has the right to purposely inflict, or threaten to inflict, aggression on another human's person and/or justly acquired property. Human rights are property rights.

There is a caveat here which is connected to the 4th conclusion and will be explored further in the libertarianism section: in the case of
aggression aggression: :
is defined as the "initiation" of physical force against persons or property, the threat of such, or fraud upon persons or their property. (mises.org)


against an individual by another individual or group of individuals, the agressee's right to freedom from aggression claims supremacy over the rights of the aggressor. This then justifies the use of aggression to defend one's self and property from 3rd party aggression. AKA self defence.