My first interaction with or on the Internet was an email I sent in 1988 via a BBS and its connection to my life has been like another appendage since that day. The Internet excels at being both a private, one-to-one or one-to-a-few communication medium as well as that of a massive public square style. From that first day until now, in one regard at least, the Internet for me has been an extension of a personal belief: dirty laundry and personal business has no place in the public square. Disputes and deep differences of opinion between true friends is done in the same manner as real life: face to face (one-on-one if the virtual world is the only available communication option) and out of any public spotlight; it's no one else's business after all nor should we be grandstanding for an audience in this context.

A recent personal experience where this basic respect was completely disregarded is prompting my nattery here. Why include this introduction? One reason only: context as I'm hoping this blurb can be of some help to others going through a same or similar experience. The shattering of one's rose coloured glasses can be nasty business indeed. 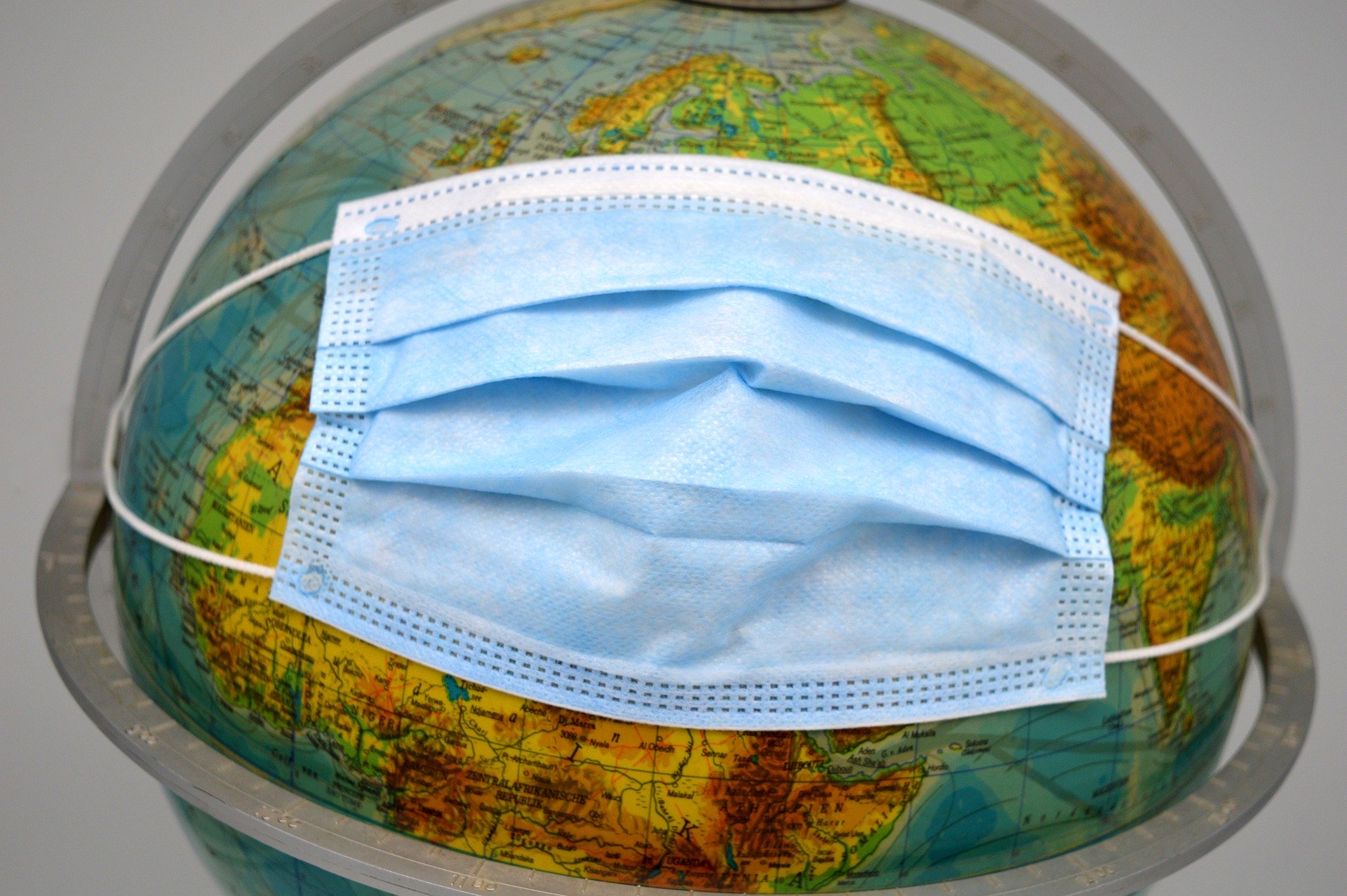 Unsurprisingly it's yet again the mask issue that sparked it all. I've mentioned before and will continue to do so (my personal position in this example is irrelevant): assuming there is an agenda at work here, who or whomever suggested turning the mask narrative around, that is, away from personal protection to that of protecting others gets a very begrudging tip of the virtual hat from me for its cleverness: in a frightened frenzied public this reversal is an excellent tool of control and manipulation particularly as a result of the same public doing all the heavy lifting for you.

It's self policing as the embracers so often freak out on those who question and it's self reinforcing as the mask is also a visual tangible symbol of that fear resulting in a further tightening of the mental bondage.

Ground work: create the appearance of death and destruction by recording every fatality that also had a positive PCR return as a covid death. Make sure to use a ‘test’ that can be adjusted and results influenced as the situation demands (CT, overall tests administered, testing locations and demographics, etc). This is well documented and inarguable. The narrative was then built equating respiratory droplets expelled during speaking, coughing, breathing, et al with a measurable risk of catchin' the ‘rona. Since this was already accepted in the case of influenza and some other so called communicable diseases it’s a much easier sell than Ebola for example.

To further help ensure success, subtly gaslight the public into believing they have never before been in the presence of the mouth moisture of others and/or everyone suddenly spits on everyone and everything when talking and/or get them thinking everyone else is contagious. The UK has a talking point “act like you've got it” as an example of this.

In turn that narrative is connected with a casedemic and every trick in the book used to ensure that the foreground fear people feel is not because they may die but instead due to something that's promoted as worse: they may become a case, oh the humanity!

[aside: some evidence supporting this is can be noted in how the province displays sars-cov-whatever data on its website, specifically in graphing colours used. Some other jurisdictions I've looked do the same thing. I think it's a fair assertion that in Ontario at least there is a near universal accepted usage of the following colours: green for all clear/safe, yellow/orange for caution/warning and red for threat/danger. Why then does Ontario so often use red when graphing so called cases when fatality is the ultimate threat in germ theory? Further, it uses grey, a diminutive less-in-your-face colour for fatality, why is this? Fatality is the ultimate threat/danger for every single human entity, this can't be argued nor can it be said they just didn't want to create fear and panic as that is exactly what is actively being done. To state that this usage choice has no meaning or is "just the way they did it, had to choose some colour, no biggy" reminds one of that long necked O bird with its head inserted firmly in the ground or perhaps up something.]

Four interesting observations made over the last year both in my own personal experience and via reading what others have been sharing:

3) in almost every instance the overall response is one of emotional manipulation, shame, guilt and bullying

In the case of the last point, I include it not with derogatory intent but simply due to my study of (dangerous) cults over the decade or so, particularly scientology/the people's temple and recognizing the mask mania similarities. There is a very strong corollary between cult behaviour and govt group worship which prompted the journey down that particular path of study in the first place.

What the supporters of masking don't seem to realize is they've painted themselves into a corner with no hope of unscathed exit. I recently had a paper presented to me that was supposed to justify mask wearing. Given the presenter it's no surprise that it did nothing of the sort, in fact wasn't even a study but rather an almost year old opinion piece containing references to some studies. I would also wager it wasn't even looked at to start with, simply near the top of a google search, cut and paste, self righteous pie served. Lazy as fuck response but typical of the mask supporting crowd.

Anyway, apologies, a bit of a rant there as I process this experience. Back on track, the piece contains a paragraph that jumps out:

“One category of evidence comes from laboratory studies of respiratory droplets and the ability of various masks to block them. An experiment using high-speed video found that hundreds of droplets ranging from 20 to 500 micrometers were generated when saying a simple phrase, but that nearly all these droplets were blocked when the mouth was covered by a damp washcloth. Another study of people who had influenza or the common cold found that wearing a surgical mask significantly reduced the amount of these respiratory viruses emitted in droplets and aerosols.”

Setting aside the asinine comparison of face masks with wash cloths, here-in lies their problem: because mask supporters believe that sars-cov-whatever, a virus purportedly from the coronavirus family, is transmitted via respiratory droplets therefore they also have to accept that influenza, a virus from the coronavirus family, is also transmitted via respiratory droplets. Can't have it both ways and in this instance it's not me asserting this but rather the currently accepted science.

So then, some points:

1) Where have the masks been since the discovery of influenza respiratory droplets many moons ago? Mask supporters have to accept that they've been potentially infecting others, possibly to great harm, much of their life. Masks have been available for decades. H1N1, also considered a pandemic, struck the young much more intensely than sars-cov-whatever…where were the masks then? "I didn't know then what I know now!" an easy retort. Unfortunately for mask supporters who would use this, point 2 now becomes an even bigger problem due to "…what I know now!"

2) I hear/read this often (paraphrased): “Mask wearing is not going to last forever.” I see. So what is being said here is that once some talking head sounds the all clear ‘take off the mask!’, then everyone is good to go. How disgustingly hypocritical. Why? No longer wearing the precious mask unequivocally states that not-one-shit is given about anyone who should perish via influenza from the all clear point forward to the time when a 100% safe and effective vaccine is available thus rendering respiratory droplet transmission as moot. BTW, I wouldn't hold my breath on that happening any time soon. There is no dodging this, no positive spin can be put on it: the gross virtual signalling is laid bare for all to see, the emperor indeed has no clothes.

“Mask wearing is not going to last forever.” sars-cov-whatever mask supporters are now stuck with it for the rest of their existence or become a hypocrite of the most deplorable kind. Those are some shoes, or perhaps masks, I'm glad not to be in.