[Preface: since starting to channel my big mouth towards social commentary, I've tried to take a step by step approach, layers of an onion, as the human experience and our subsequent understanding of it is not a linear horizontal type deal but rather both vertical and horizontal. I find it helpful to consider human life like a deep flowing river: many shifting layers on top of each other while all moving in the same general direction forward through time. Unfortunately the events of the past year+ have put a damper on my agenda forcing an almost continual shuffling of posting order…this is one of those out of order posts. It's important to note that humans operating to an agenda is not a bad thing unto itself; an agenda is not much more than a plan after all. The intent(s) of the participants is where the bad thing potential lies.]

"There is no doubt that Marley was dead. This must be distinctly understood, or nothing wonderful can come of the story I am going to relate." ~ Charles Dickens (A Christmas Carol - 1843)

“Who you gonna believe, me or your (own/lying) eyes?” ~ Lotz of Peeps

“Praxeology rests on the fundamental axiom that individual human beings act, that is, on the primordial fact that individuals engage in conscious actions toward chosen goals. This concept of action contrasts to purely reflexive, or knee-jerk, behavior, which is not directed toward goals.” ~ Murray N. Rothbard (The Foundations of Modern Austrian Economics - 1976) 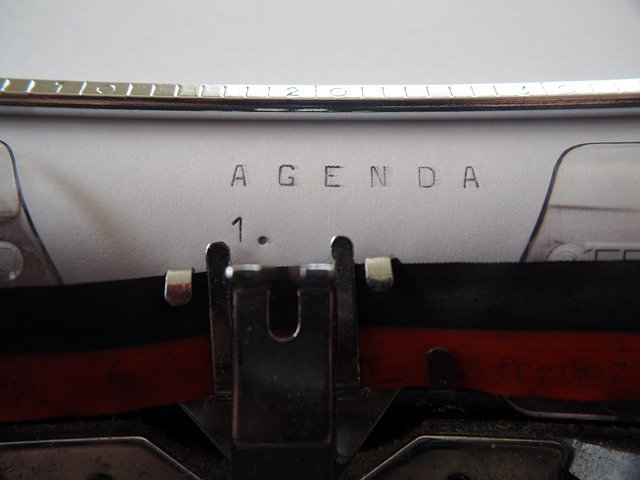 I try hard not to speak or think in absolutes but sometimes it seems silly not to; here is a case in point. It is (virtually) impossible to deny that humanity is well on its collective way into the dumper. To deny this is to deny our own eyes; there are countless resources available to examine this claim with many more real world examples backing it up.

If we as a species are to have any chance of progressing forward in a positive and sustained manner, individual humans acting singularly or in groups need to begin paying attention to what's going on, to how the human drama is unfolding outside the four walls of their lives. Whether liked or not is irrelevant, humanity is interconnected. To achieve anything beyond serfdom means acceptance of this fact. There is nothing profound here, stating the obvious really.

Taking a cue from the river analogy above, consider sitting on a turbulent open body of water in a boat far from shore, a small boat for this example but size is irrelevant to the overall point. How much attention does one pay to the overall seaworthiness of the boat versus anything else outside the boat? How much attention is paid to flotation gear, life jacket, environmental suit and such? Given that nothing else matters for the individual if the boat sinks and they go down with it, game-set-match, it is simply foolish not to pay the most attention to the aforementioned.

Human societal life on Terran 3 is that neglected boat, flotation gear et al. Without as rock solid a foundation as possible, a foundation that is actively and constantly maintained, society will (eventually) crumble…to cliche the point: it's not a matter of if but a matter of when. Human history is full of societal crash and burns with minimal convincing evidence that our particular segment of history should be immune to such bang-scorches.

A solid argument could be made that we are even more prone to crash-burn as compared to centuries past: we've certainly grown somewhat on the outside, technological advances, accepted societal norms, justice implementation and so on but have not kept pace inside, maturity, understanding, knowledge. This leaves us and therefore our collective existence in a state of imbalance. Given the nature of the technology that's been unleashed, not a great position to be in.

This does not have to be though, not in the least, no way no how.

Circling back to the Dickens quote, here are the dead Marleys for this ramble:
It's dead Marley #3 that is the focus for the rest of this piece.

Setting the table, let's put aside weather modification/geoengineering possibilities for the time being while considering the severe weather event or large scale geological event. Those things happen: tornado rolls through potentially damages lots ‘o stuff, fatalities possible, hurricane same deal but potentially larger scale and the introduction of storm surge, volcano blows launching the internal organs of our planet all over the place. Then they stop happening. Affected humans mourn their dead, clean up or move out and carry on with their lives as best they can.

Now consider events connected with humans and human activity. In many instances it really does appear to be what it be, human error, genuinely unforeseen shit happens scenario and so on. Also to be sure, the adage/cliche ‘truth is sometimes stranger than fiction’ has observable evidence backing it up; what appears to impossible or improbable is the actual natural reality. In many other instances though, there appears to be something else.

The first clue in this regard is the observation of some or all of the ‘pieces falling in to place’ or pretty damn close. Nature is not the neatest resident on the block and although nature's messes are beautiful and organized in many instances, there is a large part of it that be messier than the messiest teenager's room. In events of nature, humans are more a passive recipient than active participant. Human beings can however be neat, be orderly so when events occur that have an active human connection, it's safe to begin assuming there is a human guiding hand at play, an agenda, regardless of outcome (some plans end up sucking badly

The next clue is rooted in another most accurate adage/cliche/idiom: 'actions speak louder than words'. For our purposes here let's shorten this to ‘actions speak’. In the case of larger events, the 9/11's if you will, pay close attention to who is connected to the event and what they are doing during and in its aftermath. Two low hanging fruit examples here are JFK's assassination and 9/11 itself but there are countless others. In both cases, members of the govt group among others went out of their way to obfuscate and obstruct the pursuit of factual truth at almost every turn. This is purposeful action not human error, incompetence or shit happens.

A third clue is what happens when all the dust settles. In the case of nature driven event much of the focus is, or at least should be, on human harm mitigation options for the future as each successive natural occurrence is a learning opportunity…then move on, over and out.

In human/social events however there is motivation at work be it benign or malignant; if there wasn't the term ‘couch potato’ would become synonymous with human being. Actions undertaken with purposeful motivation (versus motivation generated by the fight or flight response, that being somewhat automagic and not purposeful) strongly implies that goal(s) are being worked towards, a desired outcome having been predetermined.

I think that's enough to comfortably say unless there is some solid gold evidence to the contrary is presented, human beings act and they act purposefully, they have an agenda, we all have an agenda.

While I used large scope social events as examples above, looking at the individual level, clashing, knocking and headbutting agendas - family, friends, work, etc. - tend to harmlessly resolve themselves one way or another more often than not, at least from a physicality point of view. This can be observed in that there are not countless prisons filled with those who hurt or wiped out members of their family, friends, work, etc. motivated by the deceased party having snorked the last chocolate chip cookie. I'm being somewhat facetious and hyperbolic here, who doesn't love a twofer, but the point remains IMHO.

Key takeaway when considering the individual level: the entire conflict and any fallout from it tends to be limited to the social circles involved which when compared to any bigger picture societal view are very minuscule indeed. This being the case, you be you, me be me, they be they, them be them, case closed.

Should be the stopping point on this topic but unfortunately it's not: some magic happens when the individual becomes the group and it isn't always a good thing.

For brevity sake [I know, that ship has sailed

] I'm going to keep the focus directly on the bank/corp/govt groups for the remainder. Individuals in these groups pursuing agendas, whether their own individual personal motivation(s), party line, corp policy, whatevs, very often have direct and indirect impact on a substantially wider social sphere than just the individual would with their respective family, friends, work. This unto itself is again not necessarily a bad thing provided the impactees signed on willingly. If this is not the case we then have a major property rights violation committed by all the impactors.

It's at this point that a massive sucking philosophical black hole looms with the centre being the concept that inspired “the good of the many outweighs the good of the few, or the one” as quoted in Star Trek. There is of course much room for discussion here, pro, con and everything in between, however, once again agenda is centre stage.

It's impossible to deny that nature has many builtin species survival and species propagation instincts; innate motivation a better term perhaps when focusing on humans. This an agenda of a different type: let's call it an unconscious agenda and in getting more specific, the survival instinct. Humans who have been shown how to think, how to question, how to critically analyze, which in a best case scenario should be all who are physically capable of learning as the basics here are not the proverbial rocket science, have the tools needed to recognize benefits and harms of various actions and inactions. In this scenario, individual human agendas would tend to sync up with other's since they too will be following the survival instinct agenda. This strikes the best case balance between individual's private property rights while ensuring that a majority of those individuals will be voluntarily onboard with those ‘things’ that truly are a matter of survival. Anything other than this starts the slippery slope slide into mob rule which is also an unfortunately accurate definition of democracy.

Some general critical considerations:
In summary: given shenanigans of the bank/corp/govt groups over the last, well, forever it seems, one ignores agenda potential by these clowns at their own peril. Unfortunately this often includes other's peril too whether they be willing participants or not.

It's all gotta go…